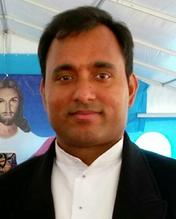 CARMEL DIVINE RETREAT CENTRE AT DARLINGTON, is a branch of the famous POTTA DIVINE MINISTRY that has its origin in a small suburban village in Kerala, India , called Potta. From here , a small group of Indian Vincentian Fathers were doing their Congregation's main ministry - to do parish evangelization by what we call 'The Popular Mission Retreats'. This form of retreats were originally started by St. Vincent De Paul himself in his times in France. After the retreats some people were used to visit the Popular Mission Centre for further spiritual guidance and consolation in their burning life problems especially alcoholism related family problems.

All of a sudden one of the Fathers, his name is FR MATHEW NAIKOMPARAMBIL,began to receive divine revelations. When he obeyed God's guidance, it burst into a great ministry. There were three prayer groups in Potta small church. Holy Spirit asked Fr. Mathew to teach the people to intercede for the whole world [1TIM.2,1-4].
Fr. Mathew chose the Thursday evening prayer group for that. According as Fr. Mathew guided, these humble simple people began to pray for the whole world. Then the heaven was let loose. The Holy Spirit came bursting into the group. Miracles began to take place. The number of the people who came for the prayer began to multiply. It became millions. Fathers taught the word of God to the people. To lead the people to further spiritual growth. The Lord miraculously opened the door to start a retreat centre which we now call the Divine Retreat Centre. It got started in 1990. FR GEORGE PANAKAL is the vessel God used to open the Divine Retreat centre , though many other Vincentian Fathers and lay people helped him. For about 20 years he has been its Director. It's Fr. George Panackal who opened the present two evangelization centres in U.K, the first one in Darlington and the other one in Ramsgate near Kent.  At present Rev. Fr. George Panackal VC is the Director of the Divine Retreat Centre, assisted by Rev. Fr. Joseph Edattu VC. 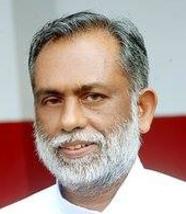